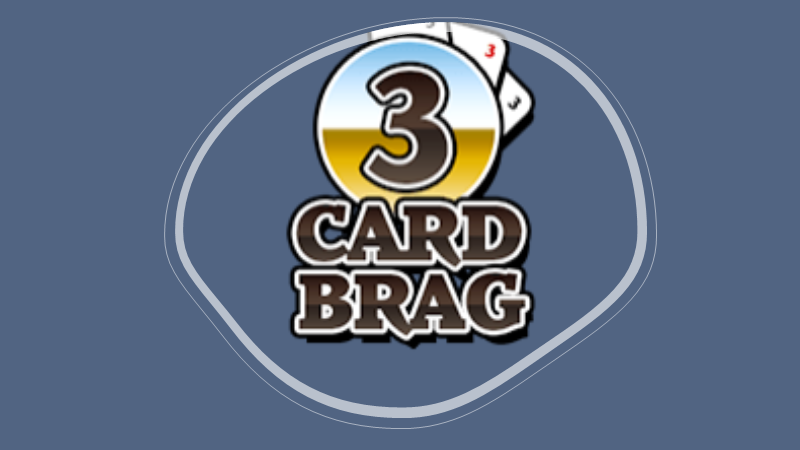 Three Card Brag is quite similar to Three Card Poker. The hand order has a few minor rule adjustments that help the player slightly, but it's the same.

We'll assume the reader is already familiar with Three Card Poker rules, so we'll only explain how they differ in this game. To begin with, the hands have their vocabulary. A translation guide can be found here:

Second, the hands are in a different order. The only difference is that a three of a kind wins over a straight flush. To put it another way, a Prial trumps a Running Flush in 3 Card Brag terms.

Third, some of the hands have various hand orders. To be more precise:

In 3 Card Brag, the Ante Bonus pay table is the same as the regular 1-4-5 paytable, but with the top two hands reversed:

The "Pair Bonus," as 3 Card Brag refers to it, is an analogue to the Pairplus. According to the generous 1-4-6-30-40 paytable, it pays out, but with the top two hands reversed once more.

The rule that the highest three of a kind and straight are the 3-3-3 and A-2-3, respectively, cuts both ways. As a result, we can ignore that rule for the sake of analysis.

The rule concerning exchanging the three of a kind and straight flush, on the other hand, benefits the player in both the Ante Bonus and the Pair Bonus. The house edge on the Pair Bonus is reduced from 2.32% to 2.14% due to the change in hand order. The house margin on the Ante bet is now 3.35%, down from 3.37% previously.