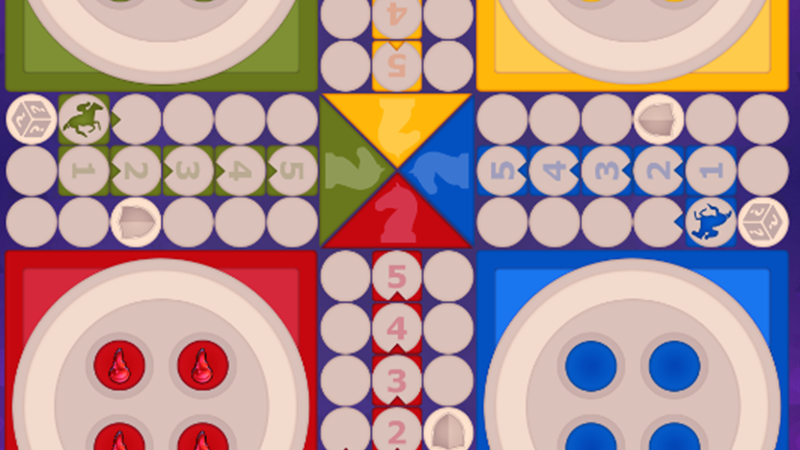 Ludo is a game that can be enjoyed by both young and old. The rules are simple, making the game entertaining and soothing to play. However, pay attention because one removed token might change the game's outcome and elicit strong emotions!

LUDO GAME GOAL
Be the first player to place all four of their colour pieces in the board's "Finish" region.

RULES TO PLAY
There are four squares on the Ludo board. Yellow, green, red, and blue are the most common colours. Each player is given a colour and is given four tokens of that colour. The board is square with a cross-shaped play area, with three columns of squares, usually six per column, on each arm of the cross.

If a player rolls a 6 on the dice, the game begins. If a player does not have any tokens in play and does not roll a 6, their turn is passed to the next player. Once a player has one or more tickets in space, he chooses one and moves forward the number of the box indicated by the dice along the track.

The dice value rolled must always be used to move a token. There are no passes authorized. If no move can be made, the turn is passed on to the next player. A player also misses their next turn if they roll a "6" three times in a row.

MOVEMENT RULES
Each token in the Ludo board game can be moved 1 to 6 positions clockwise, depending on the rolled number. If a player lands on an opponent's token, the token is returned to the opponent's base. The only exception is when a player lands on a particular location marked with a shield symbol, in which case his token is regarded as "safe."

Also, in our online version of Ludo, if a player lands on the spot with a die symbol, they get an extra die roll.

Details on many Ludo games and regulations, both modern and vintage.