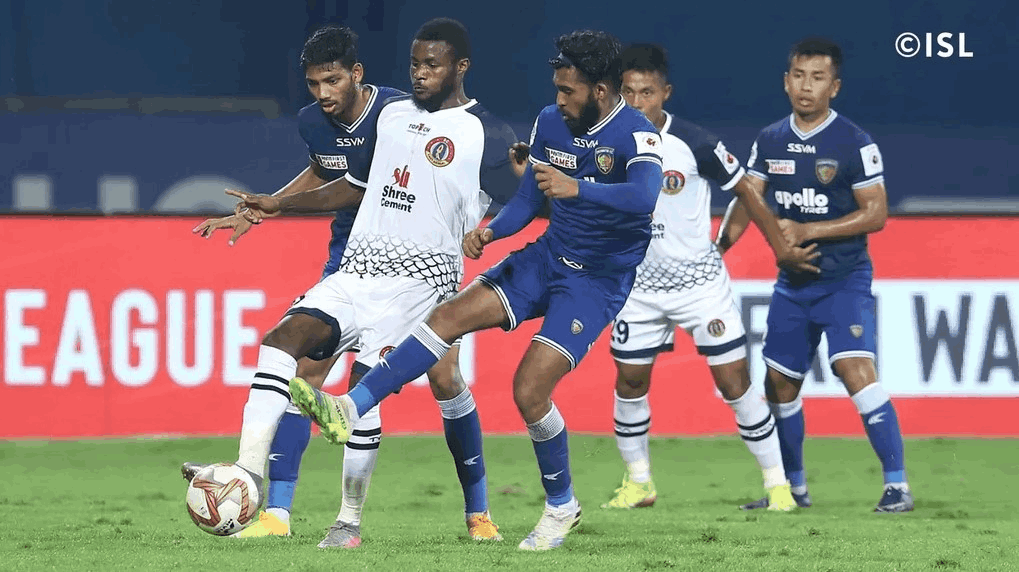 In Match 63 of Hero ISL 2020-21 on Monday, two-time champions Chennaiyin FC were held goalless by SC East Bengal. For both teams, chances were few and far between, as Ajay Chettri of SC East Bengal received his marching orders right after the half-hour mark.

In the middle of the park, the first half was played mainly, with either side's defence not being tested often. The closest to scoring was Chennaiyin, but Bosnian defender Enes Sipovic headed the ball over the crossbar. After Chhetri was given a second yellow for Rahim Ali's challenge, SC East Bengal was reduced to 10 men in the 31st minute.

SC East Bengal retained its defensive shape after the red card to close down any Marina Machans space in the second half. After the forward's attempted shot from outside the box was parried away in the 57th minute by Debjit, Esmael Goncalves forced the first save of the second period. At the other end, Chennaiyin's goalkeeper Vishal Kaith was also in top form as he saved Anthony Pilkington's shot.

After Goncalves played in the forward, Debjit then denied Rahim in the 70th minute. Two minutes later, at the other end, Pilkington came close again with a long-range effort, but his shot went just over the crossbar.

Chennaiyin FC's next clear chance of the game fell to Indian winger Lallianzuala Chhangte, but in the 84th minute, Debjit kept his shot out of the goal. Fatkhulo Fatkhulloev attempted a shot outside the box as the match came to a close, but Debjit was once again in the right place as both sides shared the points.

During their goalless draw with Marina Machans, Debjit was once again the best player for SC East Bengal, making six saves for his team. In addition to this, Debjit also caught the ball six times and gave the Kolkata-based club two punches and one clearance.