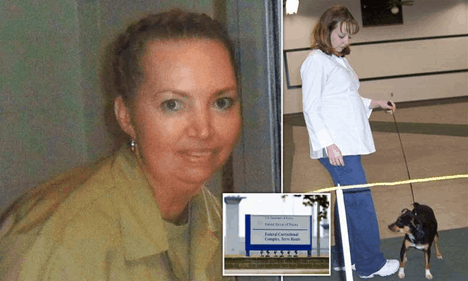 An order has been issued by the Supreme Court authorizing the execution of the last woman on federal death row to continue.

Before midnight on Tuesday, the order enables the execution of Lisa Montgomery to continue, lifting the stay of execution of a lower court and refusing a request from the attorneys of Montgomery for another visit.

At the Federal Correctional Complex in Indiana, Montgomery's execution had been set for Tuesday. It was not immediately clear how fast the execution, following the decision, would start early on Wednesday.

The Supreme Court's decision eliminates the only legal hurdles to the execution that the lawyers of Montgomery had hoped to postpone until Joe Biden, a death penalty opponent, was inaugurated.

In Missouri in 2004, Montgomery, from Kansas, murdered expectant mother, Bobbie Jo Stinnett before taking the baby out of Stinnett's womb and trying to carry the infant off.

In the decision on Tuesday night, the three liberal justices of the Supreme Court—Stephen Breyer, Sonia Sotomayor, and Elena Kagan—dissented, saying they would grant the stay requested by Montgomery's lawyers.