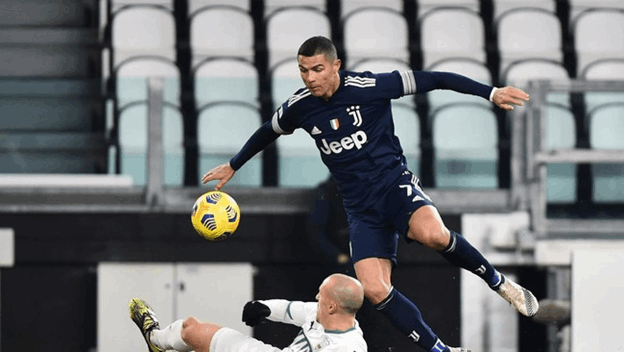 
A Gianluca Frabotta cross floated by several defenders until it was redirected from close range eight minutes from time by Ramsey. Then, by running on a long ball from Danilo, sprinting past the defence and driving in a precise shot, Ronaldo sealed it.

Danilo had given Juventus the lead by launching a long shot with one touch into the far corner shortly after the break. Darting between two defenders and firing past Leonardo Bonucci, Gregoire Defrel equalized Sassuolo seven minutes later.

Late in the first half, Sassuolo was reduced to 10 men when Pedro Obiang was given a red card for a harsh foul on Federico Chiesa.

That came after Weston McKennie, and Paulo Dybala had already been lost to injury by Juventus.

Matthijs de Ligt, Alex Sandro and Juan Cuadrado, each of whom tested positive for coronavirus, were absent from Juventus.