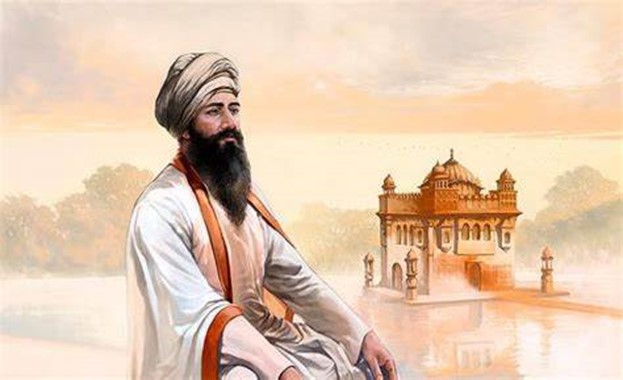 On November 24, 1675, Guru Tegh Bahadur, the ninth Guru of the Sikhs, sacrificed his life for the good of the people. It was on this day that the Mughal emperor Aurangzeb was decapitated. Guru Tegh Bahadur is also referred to as Hind Ki Chadar, which means Shield of India, and is known as the most selfless martyr.

Aurangzeb decapitated the ninth Guru in Delhi's Chandni Chowk. The Mughal leader wanted all Indians to be converted into Muslims. He wanted everyone to be prepared for execution, either to take up Islam or else. A party of 500 Kashmiri Pandits led by Pandit Kripa Ram went to seek support from Guru Tegh Bahadur at Anandpur Sahib following this announcement by Aurangzeb.

Hearing the atrocities of Aurangzeb, Gobind Rai, the son of Guru Tegh Bahadur, declared that his father could only solve this problem. The ninth Sikh Guru readily agreed to assist the pandits. He asked them to tell the Mughal ruler that if Guru Tegh Bahadur could be converted, then all the people would follow suit.

Guru Tegh Bahadur was arrested after Aurangzeb came to know about this and presented him before the Mughal emperor. Guru Tegh Bahadur declined to take on Islam. As a consequence, he was physically tortured for five days, along with his followers. His followers were burnt alive in front of his eyes to make him submit and convert to Islam. Guru Tegh Bahadur refused to convert. As a result, in broad daylight, Aurangzeb beheaded him at Chandni Chowk square.

One of his followers brought his head to Guru Tegh Bahadur's uncle, Gobind Rai after he was decapitated. Another follower took the remaining part of the body to his home. He burned the whole body of Guru Tegh Bahadur, along with his family, after the prayers were performed.

Noel King of the University of California has referred to the sacrifice of Guru Teg Bahadur as the world's first martyrdom for human rights. Chandni Chowk still has a sacrifice site in honour of the Guru, just in front of Sheesh Ganj Gurudwara, named after the ninth Guru.