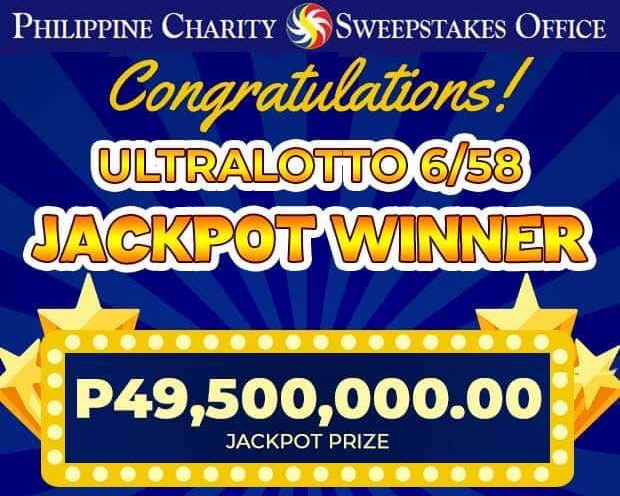 According to the PCSO's Facebook page, one winning ticket correctly predicted the winning combination for the Ultra Lotto 6/58, which has a total jackpot value of P49,500,000.

While there was no grand prize winner, 19 second-place winners will each earn P32,000 in prize money.

According to PCSO's statements, the new winning ticket is the third significant prize winner this week.

A bettor from Davao City in Davao del Sur also won the P181.6-million jackpot prize for the Megalotto 6/45 during a draw on Wednesday night, May 26.

There have already been six huge wins this month — including the most recent one.

Winners must produce their winning tickets, as well as two identity cards, to the PCSO's main office in Mandaluyong City to claim their reward.

The PCSO informed the public that rewards worth more than P10,000.00 would be subject to a 20% tax under the TRAIN Act.

According to PCSO, prizes that are not claimed within one year of the draw date shall be "considered forfeited" under Republic Act No. 1169.